It is a minimal invasive Ayurvedic Parasurgical procedure and time-tested Ayurvedic technique in the management of Anorectal disorders. It is a safe, sure and cost effective method of treatment for fistula-in-ano, haemorrhoids and other sinus diseases.

Those who undergo such treatment recover from the treatment in just 3-5 days after having stayed at the hospital for only 5-6 hours only 30-45 minutes of which are used to perform the surgery.

Kshara is a caustic, alkaline in nature obtained from the ashes of medicinal plants. It is a milder procedure compared to surgery and thermal cautery. ... Kshara Karma is useful as the substitute of surgical instruments, because they can be used safely on the patients who are afraid of surgery

The patient is anesthetized and a malleable probe with the surgical linen thread (called the Kshar Sutra) in its groove is passed through the external opening of the fistula to its inside and the probe is then carefully taken out with the Kshar Sutra intact. After this, both ends of the Kshar Sutra are tied together and replaced with a new one after a week. Because of this procedure, the tract is eventually cut and healed by the removal of unhealthy tissue. This controls microbial infection and facilitates drainage of pus in the tract aiding in healing. 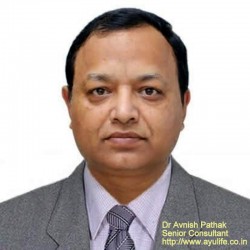 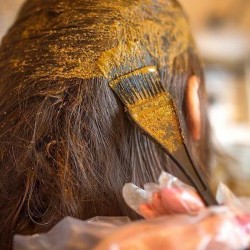 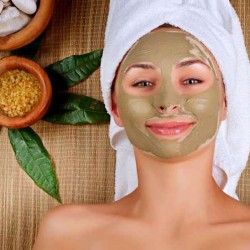