Arthritis is quite common now a days and commonly known as  joint pain. Arthritis is generic term and it can occur in any joint of body but most often develops in the knees, hands, hips, and spine, neck or lower back

Osteoarthritis is the most common Degenerative Arthritis. It happens when the cartilage or

cushioning surface between the bones starts wearing away. As a result bones rub against each other which causes pain, swelling and stiffness. The gradual wearing of cartilage cushioning results in loss of its elasticity. Without the elasticity

bones begin to rub against each other, causing stiffness, inflammation, and loss of movement.

Its natural phenomenon and with age the degeneration happens but this degeneration can be slowed down or retarded with Ayurveda recommendations like in overweight persons the knees, hip and ankles get affected faster due to obesity and they degenerate faster

Inflammatory arthritis is characterized by inflammation of the joints. 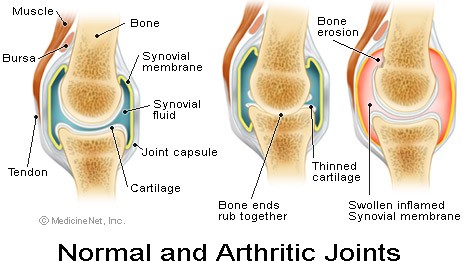 This condition develops due to weakening of immune system.

This means that body’s defense system starts attacking our own tissues instead of germs, viruses and other foreign substances.

This causes pain, stiffness and damage to joints. They’re also known as autoimmune diseases. Rheumatoid arthritis is an example of inflammatory arthritis.

Some people have high levels of uric acid because they naturally produce more than what is needed by the body. This extra Uric acid (Beyond limit) starts getting accumulated in the body and forms needle-like crystals in the joint.

This results in sudden spikes of extreme joint pain, or a gout attack. Gout can come and go in episodes. If uric acid levels aren’t reduced, it can become chronic disease causing pain and disability.

In Ayurveda Arthritis is  called “Amavat” as its caused due to deposition of  Toxins (Amas) in the body esp joints. These toxins develop  in our body due to poor digestion of patient. The toxins then circulate in the body through the blood and reach various parts of the body. The toxins get accumulated in the joints and start creating problems. So removal of toxins from body is one of the basic treatment therapy in Ayurveda for Arthritis.

Ayurveda offer both Preventive and Curing treatment of Arthritis. Preventive Treatments means, by adapting Ayurveda, Arthritis can be avoided also. Modern Medicine usually suppress the symptoms of Arthritis Pain by Pain killers & further suggest Surgery, which is only a  symptomatic treatment.

In preventive treatment at Ayulife we offer various Detoxification packages for different types of problems to keep you healthy.

At Ayulife, we follow combination of these procures  depending upon type of Arthritis:

Muscular Stiffness : Reduce the Muscular stiffness and Increase the blood circulation in the joints.

Shodhan Chikitsa : By  Panchkarma Therapies, we treat the Arthritis and following therapies are adapted

Watch the Video of - Reviews from Patients

"Patient of 45 Years reported with Injury of Ligament - knee Sprain, Listen to story directly from patient how it was cured at Ayulife."

"Young Patient with Gout Arthritis. Listen to her story how She was cured at Ayulife with Ayurveda Medicine and Panchkarma in 2 weeks."

"Patient with Back Pain came for treatment at Ayulife after visiting Medanta and other big hospitals? He was about to go for surgery but then at Ayulife he was treated with Ayurveda Panchkarma for back pain . Listen to Story "

"More than 70 years old lady had lot of pain in the Knees and was unable to walk , she was treated at Ayulife Clinic with Ayurveda Panchkarma. She was cured to 90%. Listen to patient story. "

Consult with Doctor for more information and booking the treatment. 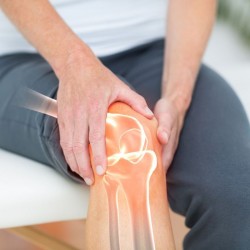 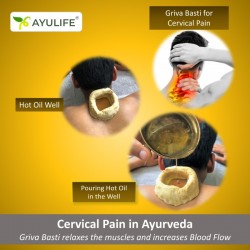 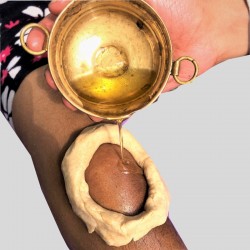